"What comes into our minds when we think about God is the most important thing about us." - A.W. Tozer

The following are the core doctrines of The Church on the Hill based on the foundational truths taught in the Bible. All of our teaching and ministry is rooted in and flows out of these biblical doctrines. We also hold to the 2000 Baptist Faith and Message and the 1689 Baptist Confession of Faith, which are linked below.

All of Scripture is divinely inspired by God and contains all truth that can be known of God. Though the Bible is divinely inspired by God, He did not dictate what the biblical authors must write. The Word of God has been breathed out by God, but it does not exclude human instrumentality. God used men, through His Spirit, to reveal His truths to mankind. God inspired the concepts and truths of Scripture yet allowed for the talent, style, vocabulary, or grammar of the author to be used in writing His message. The various books of the Bible differ in content and style, yet are unified in concept, truth, and teaching. Scripture is infallible, which means that the Bible is incapable of making an error. Infallibility strongly teaches the perfection of Scripture. This does not only mean that the Bible does not err, but it means that Scripture cannot err. Furthermore, the Bible is inerrant, meaning that it cannot contain anything that contradicts truth and it cannot include anything false or untrue. Translations of Scripture can contain error, but the original manuscripts cannot. The Bible is also completely authoritative. The Bible serves as the ultimate authority over all creation, including both believers and non-believers. Since the Bible is the Word of God, all the authority of God is placed in Scripture. Therefore, if one disobeys any part of Scripture, they are disobeying God.

God’s revelation comes to man when God gives man the ability to understand His existence, will, knowledge, power and way of salvation. There are two types of revelation, general and special. General revelation signifies that God reveals Himself to mankind through His creation. Man has been created with a knowledge of God even if they do not personally know God. God generally reveals Himself to all mankind, in every culture, throughout all history. Through general revelation God communicates His existence, His power, and His glory. This general revelation leaves mankind without excuse of knowing God. Special revelation is God revealing the way of salvation to mankind. Before the completion of Scripture, God revealed Himself through the law and the prophets, and through various means. Special revelation in its permanent form are made available in the Old and New Testaments.

God created mankind as male and female and ordained the family as a marriage between one man and one woman. This is a covenant made between the man and the woman for life and should represent the love of Christ for the church in their relationship. God ordained the man as the head of the family just as Christ is the head of the church, and he should use that position humbly, as both man and woman are equal before God. The husband should provide, protect, and guide his family, as the woman submits to the authority of the husband. Furthermore, human life starts at the moment of conception because God creates each individual purposefully and providentially. It is the responsibility of the parents to teach and guide their children in biblical truth and set an example by living a Christ-like life. Children are called to obey their mother and father as stated in Scripture.

Sin entered the world when Adam and Eve disobeyed God in the Garden of Eden. The sin nature is now present in all men, because of the disobedience of Adam. All mankind is marred by sin and because of sin, mankind is separated from God. The consequence of sin is death and eternal separation from God. The original sin of Adam is what has condemned all mankind, moreover, the sins of each individual person are committed because of the fallen state of man. If man has broken one of God’s laws, he is guilty all of them and condemned to death. The fallen state of man makes all humanity slaves to sin and enemies of God. The problem of sin and the problem of evil are realities of life on earth. Sin infiltrates every part of a person’s life and now the human nature is thoroughly corrupted by sin. Sin sets humanity in opposition to God and attempts to elevate humanity above God. Satan’s disobedience to God led to his expulsion and fall from Heaven. God cursed him, and he now resides on earth as the “ruler of the power of the air, now working in the disobedient.” (Eph 2:2). It is Satan and his demons that tempt humanity, yet it is the desires of the heart that drive men into sin.

God came to earth in the form of a man, through the person of Jesus Christ to redeem mankind and impute His righteousness upon them. This was accomplished by the atoning sacrifice of Jesus on the cross. Jesus was the perfect sacrifice, the spotless Lamb, that was offered up to God on behalf of sinful mankind. He was beaten, spit upon, and had nails driven into His hands all to bear the sin penalty that humanity deserved. The death of Christ was the penal substitutionary atonement for mankind, satisfying God’s wrath against mankind because of their sin. Jesus was punished in place of sinners that deserve death in order to satisfy the justice of God and the demand for God to punish sin. The death of Jesus was the only way to justify sinners before a Holy God. Through His death and bodily resurrection from the dead, Jesus paid our sin debt by taking upon Himself the complete wrath of God for sinful man. Now, Jesus is the only way to be justified by God.

The church is the bride of Christ and Christ is the head of the church. The universal church consists of believers from every tribe, tongue, people, and nation unified in Spirit. However, the biblical model of the church is a local body of believers gathering together to worship God in spirit and in truth. The New Testament church is a living body of believers that work to glorify God and become more conformed to the image of Christ. Worship, fellowship, discipleship, service/ministry, and missions/evangelism are the five functions of the church as stated in Scripture. Worship is the act of glorifying God through singing, teaching and preaching, giving, and prayer. Fellowship is the congregating of believers to encourage and edify the church. Discipleship is both the act of being discipled, and discipling. Service and ministry are the physical acts of serving the community and others, and ministering to the needs of the church and the lost. Missions and evangelism are when believers adhere to the Great Commission and share Christ with others locally, regionally, nationally, and internationally. All these functions stand to glorify God. 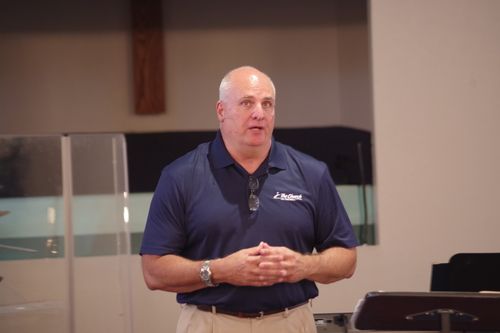 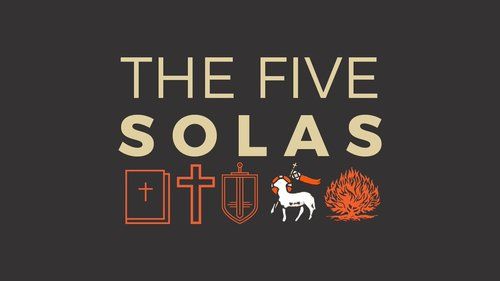 A little more about what we believe

The Church on the Hill believes in the Five Solas of the Reformation:
-Sola Scriptura (Scripture Alone)
-Sola Gratia (Grace Alone)
-Sola Fide (Faith Alone)
-Sola Christus (Christ Alone)
-Sola Deo Gloria (Glory of God Alone)
If you place all of these together, we believe that the Bible alone teaches that sinners are saved by grace alone, through faith alone, in Christ alone, for the glory of God alone.

We'd love to hear from you. Fill out the form below to get started.